The history of Society

Serbian Geographical Society was founded in Belgrade, on Annunciation Day, April 7, 1910. Its founder is Jovan Cvijic, Serbia’s giant. It was the first geographical society in Yugoslav countries and the Balkan Peninsula, and it’s also a major cultural and educational event of the state of Serbia.

Rules and the main tasks of the Society were determined then. It was found that contacts with neighboring sciences are to be nurtured, choosing one of their results, which are geographically important. Geographical Society will continue to deal with the trials of the Balkan Peninsula.

“We should not be limited only to research in Serbia”, Cvijic said. “A lot of geographical, geological and fitographic objects, whole nations and perhaps the most interesting parts of our nation, ethnographic viewed, are beyond the borders of Serbia. We have to do detailed and precise study of individual objects and phenomena in our country, and thus can lead to valid results. But the real problems can be solved mainly by going outside Serbia.” 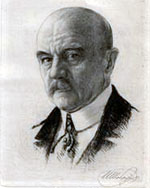 Jovan Cvijić was elected as the first president of the Society. He was not only the founder of the Geographical Society, but also its spiritual creator, agile president and valuable contributor of Glasnik journal.

The great work of the Society was first interrupted by Balkan Wars, and then by World War I. The war claimed the lives of some excellent, Jovan Cvijic’s closest aides and members of society. The Society has re-started operations on 22 October 1919. When Jovan Cvijic died, his students took care of the Society, and the most agile was Borivoje Milojevic. The work of Society was once again interrupted during The World War II. When Borivoje Milojevic died, students of Cvijovic’s students took care of the Society. The Society was very popular from the beginning. Among the members, beside geographers, there were a lot of university professors, doctors, officers…

Scientific work was one of the main tasks of the Society since its inception. Results of the work were published in the scientific journal Glasnik and in special editions of Serbian Geographical Society.